The President released a nice statement praising former Prime Minister Margaret Thatcher upon the announcement of her passing today.  Kudos to him for that.

There hasn’t been a tribute image posted on any White House or Organizing for America channels yet, though.  Given his tribute to Neil Armstrong’s passing, expect something like this: 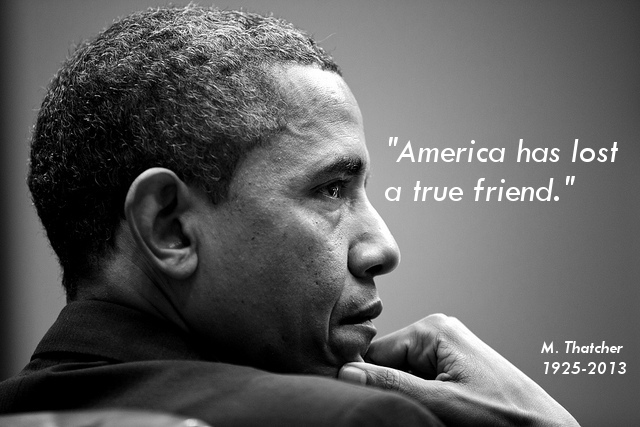